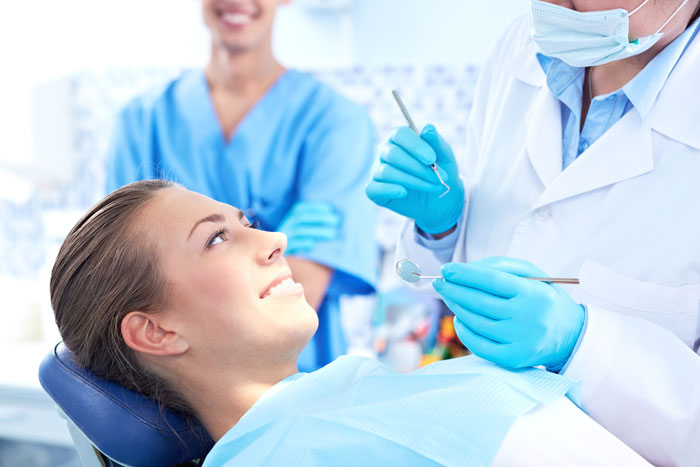 A root canal can rescue a tooth that would otherwise be beyond repair due to serious damage. Root canal therapy is needed when the nerve of a tooth has been infected. This can happen as a direct result of tooth decay or when a crack in a tooth extends into the pulp.

A root canal restores the tooth to its full function, allowing you to eat the foods you like, while also saving your smile. A further key advantage of root canal treatment is that it stops the severe toothache that can result from a cracked tooth or decay and inflammation of tooth pulp.

In removing the bacteria that caused the problem, root canal therapy also prevents infection from spreading to adjacent teeth or other areas of your body, including vital organs.

One of the other advantages of root canal treatment is that in saving the tooth it helps to preserve your jaw bone and maintain facial structure. Losing a tooth can result in jaw bone loss because without the stimulus of a tooth root, the bone will begin to deteriorate – like muscle atrophies without regular use.

Several problems can result in the need for root canal treatment. The most common is deep decay or a cracked tooth.

Tooth decay starts when bacteria and plaque build-up on a tooth, creating acid that eats into the enamel – the hard, protective outer coating of a tooth.

Once decay breaks through the enamel, it progresses faster through the softer underlying layer of dentin and can then bore into the interior of the tooth root – the pulp, or root canal.

If the pulp becomes infected, it can’t heal itself. The pulp chamber is the most crucial part of a tooth, lying beneath the enamel and dentin layers. It consists of soft tissue that provides a home for nerves and blood vessels. It also contains connective tissue and creates the surrounding hard tissues of a tooth during development.

In developed permanent teeth, nerves in the root canal serve no purpose other than sensitivity to heat or cold. This allows for the removal of a nerve as part of root canal therapy.

A cracked tooth can also have serious consequences for your oral health is left untreated. Cracks that progress extensively in a tooth can result in entire sections of its structure breaking off or the complete loss of the tooth.

Even small cracks can provide a gateway for bacteria to penetrate your tooth, resulting in further damage from decay or infection, such as an abscess.

Cracks in teeth become more prevalent as we get older, with most occurring in people over 50.

Common causes of a cracked tooth are:

• A large filling that weakens the rest of the tooth.

Other reasons you might need root canal treatment include a defective crown or repeated dental procedures on the same tooth.

The most common indication you may need root canal treatment is pain, which can be moderate to severe.

Other signs of a root canal problem include:

• Lingering sensitivity after hot or cold drinks or food.

• Discoloration of the tooth (indicating the nerve is dying).

• Spots on your gums.

• Darkening of the gums.

In some cases, there may be no symptoms that root canal treatment is necessary.

The root canal procedure is also known as endodontic therapy – “endo” is Greek for “inside” and “odont” is a tooth – and it can save a damaged tooth and restore it to its natural function. Thanks to advances in dental technology, root canal treatment has become a simple procedure.

According to the American Association of Endodontics (AAE), one of the main advantages of root canal treatment is that it’s practically painless – similar to a routine filling – and often results in less discomfort during recovery than a tooth extraction.

• Creating an opening in the tooth to access the interior.

• Removal of diseased tissue from the infected pulp.

• Flushing and cleaning the area.

• Filling the root with a special sealing material.

• Sealing the opening with a crown or filling.

With proper care, a tooth that’s had a root canal can last a lifetime and reduce the need for future dental work.

What Should I Do After Root Canal Treatment?

On rare occasions, a tooth may become reinfected months or even years after root canal treatment, requiring further endodontic work. However, in most cases, a tooth that’s undergone root canal therapy can last as long as your other teeth.

You can take certain measures after a root canal to promote faster healing, minimize any discomfort, and help to keep your mouth healthy.

Right after treatment, avoid eating until the anesthesia wears off. If you try to eat too soon, the numbness may cause you to bite your tongue or cheek.

Later, avoid hard, crunchy or sticky foods for a while. Your tooth may also be sensitive to heat or cold, so room-temperature soft foods are a good idea.

Usually, people feel little pain after root canal treatment. Occasionally, though, some patients experience mild discomfort for a few days in the ligaments surrounding the tooth, particularly when eating. Over-the-counter pain relievers like ibuprofen can ease the soreness.

As you recover from root canal treatment, it’s important to maintain a good routine of brushing and flossing and use an antiseptic mouthwash.

Regular dental exams are necessary to monitor the condition of the treated tooth and your overall oral health. Professional teeth cleanings will also help to keep your teeth and gums in good condition.

One of the advantages of root canal treatment is that it can save most teeth, and more than 90 percent of cases are successful, requiring no further procedures.

If you’re suffering from toothache or experiencing any other symptoms of an infected tooth, a dentist experienced in endodontics will be able to determine whether root canal treatment is the best course of action.

In an effort to support national efforts to fight the COVID- 19 pandemic, our practice is taking the following steps to help assure your health and well-being and that of our community:

We are following directives from the Centers for Disease Control and Prevention (CDC) and American Dental Association (ADA) as a way to limit patient and staff exposure to this virus.

Your health, and the health of our dedicated staff, matters to us, so going forward we will suspend all non-emergency care until further notice. Patients will be seen only for urgent and emergency dental needs.

We will contact you soon to reschedule routine hygiene appointments. If you are already scheduled for an urgent issue, we will contact you the day before your appointment to discuss your health status, health screening protocols and confirm whether the appointment should be kept. Of course, please call us right away if you have a dental emergency or need immediate care.

The safety and well-being of our patients continues to be our primary concern. We will continue to monitor the status of COVID-19 nationally and within our community and keep you up-to-date regarding our plans to reopen for business as usual.

We urge you to contact us if you have any questions or concerns. We can be reached by phone at 208-667-7461, by email to office@cdadentist.com, or Facebook messenger. Someone will respond as soon as we can.